You are guaranteed the maximum winning opportunities when you play the stunning 100 Zombies slot from Endorphina, for it has been designed as a 100 pay line game on which the walking dead are the highest paying reel symbols, and there are certainly plenty of them.

Five video reels on which four in view rows is how the slot has been put together, and with a free spin’s bonus game waiting to be triggered, and an optional gamble game there is a lot to like about it.

Thanks to that huge number of pay lines it offers a medium variance format, and with a minimum bet being just 0.20 and those stake levels being player adjustable, and with the maximum stake per spin being a whopping 1000.00 it is suitable for all level of players.

As for just what you could win when playing it, well the Wild symbols are the highest paying ones, and a line of five of them on any activate pay line awards a payout of 1000 times the line bet.

You could from lots of winning combinations whenever the Wild symbols spin in, be aware those symbols do appear on all five video reels of this game, and those symbols are stacked on each reel too.

Any and all winning combinations you form are of course going to award their own respective payout, however you will have the option to take a double or nothing gamble game whenever any of them have been formed via the base game.

Taking that gamble game will see you being presented with a set of four face down cards, and you are tasked with selecting one of them in the hope it has a higher face value than that of the up facing Dealers card, if you do so your winnings via the base game are doubled, and you can take that option up to 10 times as long as each previous one was a winning one.

Look out for the Scatter symbols attached to reels two, three and four, for by spinning all three of them into view anywhere on any single base game spin, the free game bonus feature round will then be awarded to you.

A set of ten free spins will then be yours to play off once that bonus game has been awarded to you spinning. Those free spins can be re-trigger too, in the same way as they are awarded via the base game, and those Stacked Wilds I told you about earlier will also still be in play during the bonus round.

A cast of zombies adorn the reels of this slot as symbols and it is those symbols that offer the highest set of paybacks. The lower paying symbols are the Playing Card themed ones. A Wild symbol depicted by that word is also in play on all five reels and the Radiation Sign is the Scatter symbol. Clicking on the pay table button will of course reveal the payouts associated with each symbol. 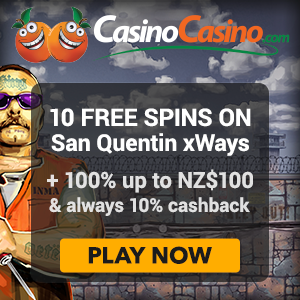 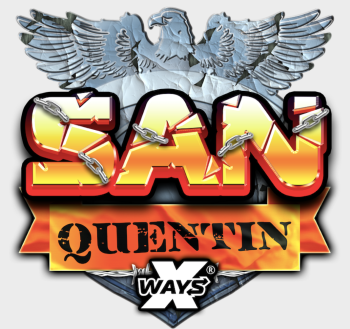